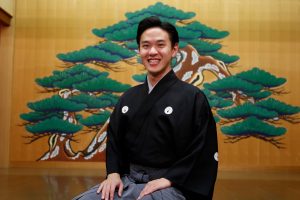 Noh performer Kotsuzumi Koryu
Date of Birth July 17, 1996 Born in Kobe City, Hyogo Prefecture Lives in Kobe City, Hyogo Prefecture
Currently based in Osaka and active all over the country
He studied under Hiroo Sowa, Masahiro Sowa and his father Tatsushi Narita, started practicing at the age of 6, and took the first stage at the age of 10.
He belonged to the Kyoto Nogaku Training Association from the age of 12, but withdrew from the training association at the age of 14 and moved to a different path from Nogaku.
Around that time, he started karate, and in high school he was the director of the karate club. There is a record of the best 8 group kumite in Hyogo prefecture.
Before graduating from high school, he decided to resume his training and continued his current activities without going to college.
Formed the Nogaku Hayashi unit “Naniwanowoto” 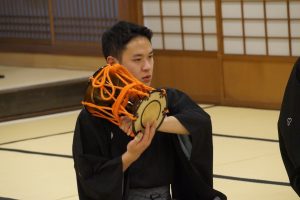